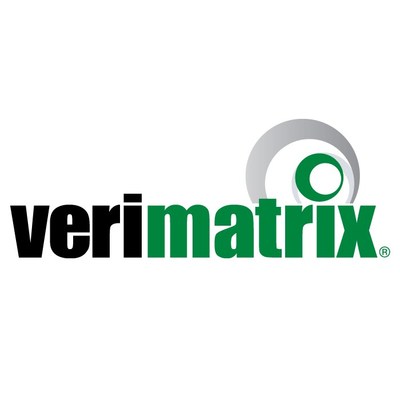 Based in Karachi, Dawn News is transmitted to all urban areas of Pakistan. It is one of the nation's 24-hour Urdu news channel and among the first in the nation to lead with digital encryption. NetSat's deployment of the VCAS for DVB solution has enabled Dawn News to control access to the channel and which CATV/IPTV networks may offer the channel, ultimately opening new revenue streams.

"As it converts from free-to-air to encrypted content delivery, piracy has become a major area of concern for Dawn News on top of the many political and economic challenges it continues to face," said Syed Rafi Uddin Faisal, CEO NetSat. "Verimatrix stood out from the competition due to the flexible and future-proof design of its VCAS architecture, which was highly commended by one of its DVB Cable customers based in Pakistan."

The award-winning and independently audited VCAS for DVB is a full-featured conditional access solution supporting satellite, terrestrial and cable/MMDS networks. The cardless solution is completely compliant with applicable DVB standards and pre-integrated with a broad range of partner headend and software systems.

"Dawn News is playing a key role in leading the digital transition in Pakistan, and we are thrilled to offer our continued support to NetSat as it helps the channel make great strides in the region," said Steve Oetegenn, president of Verimatrix. "VCAS for DVB offers a unified content authority approach that enables service providers like NetSat to offer new levels of security that are essential for Dawn News to now have in place but would have been virtually impossible to achieve in the analog era."

To learn more about the VCAS for DVB architecture, visit Verimatrix at IBC booth #5.A59.

About NetSat
NetSat, with years of experience of IT and telecommunication services, is a major provider of wide-range of connectivity and broadcasting services in Pakistan. NetSat offers end-to-end communication and broadcasting solutions for corporate networks and broadcasters in Pakistan and nearby regions and is aimed to serve Middle East's market with the similar edge. With access to a fleet of satellites and a state-of-the-art Earth station, NetSat has the capability of transmitting information to and from virtually any location in Pakistan & nearby regions. For more information, visit www.netsat.net.pk.

About Dawn News
Dawn News is a subsidiary of Pakistan Herald Publications Limited (PHPL), Pakistan's largest English-language media group. With the rise of electronic media in Pakistan, Dawn TV began its transmission in July 2007. Dawn News transmission is watched in all urban areas of Pakistan. It also has access to the rural population, wherever cable reaches. Dawn News is in agreement with several satellite TV channels, which include BBC World News, Sky News, ABC News and Aljazeera and can be watched in the US, Europe, Middle East and Africa. For more information, visit www.dawnnews.tv.

About Verimatrix
Verimatrix specializes in securing and enhancing revenue for network-connected devices and services around the world and is recognized as the global number one in revenue security for IP-based video services. The award-winning and independently audited Verimatrix Video Content Authority System (VCAS) family of solutions enables next-generation video service providers to cost-effectively extend their networks and enable new business models. The company has continued its technical innovation by offering a comprehensive data collection platform, Verspective Analytics, for automated system real-time quality of experience (QoE) optimization to drive user engagement and content monetization, and data collection/analytics and Vtegrity, advanced security that addresses IoT threats and service lifecycle management.